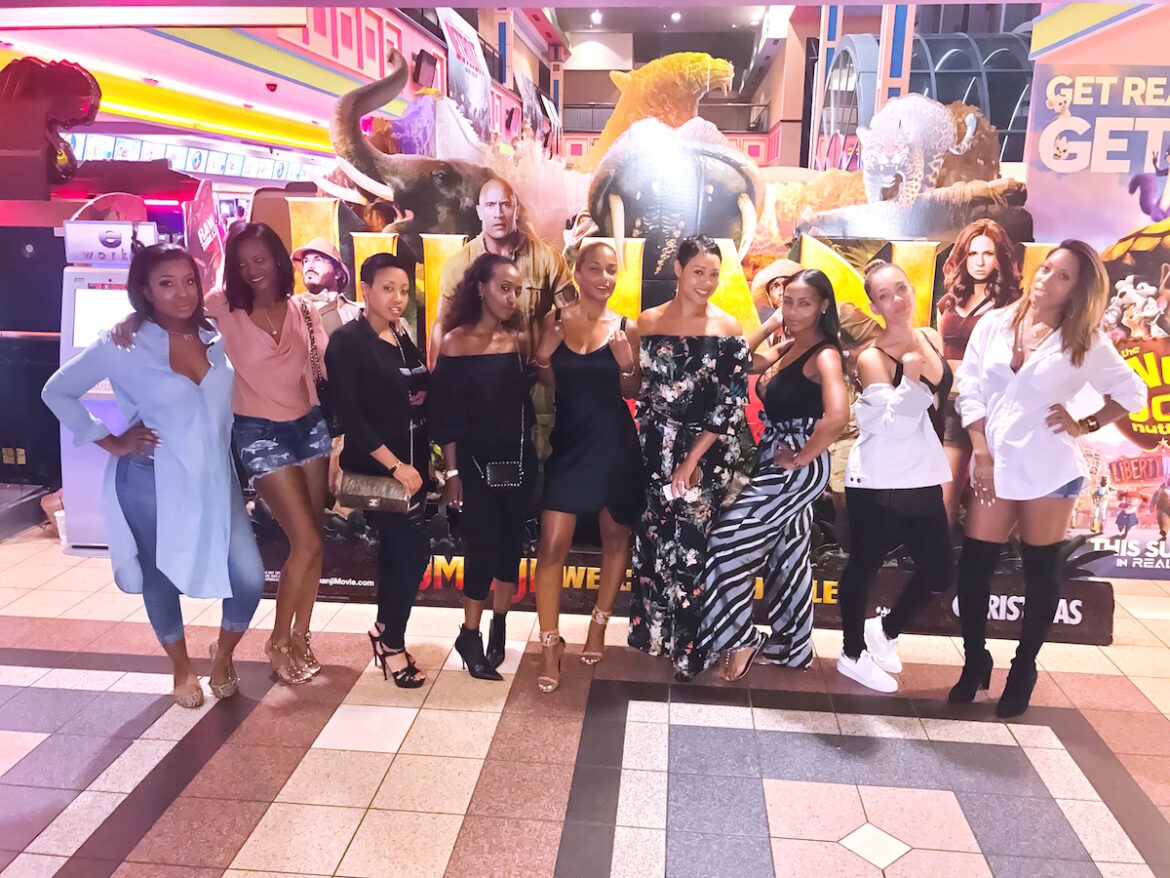 I recently viewed the movie girls trip for the second time and I laughed and cried both times.  I laughed because it’s honestly one of the funniest movies I have seen in a long time and cried because it brought back memories of how I do miss my “posse”. The movie revealed a truth about friends and getting older.  The older you get the less time you spend with your girls. The depreciation in time spent does not necessarily derive from arguments but the majority of the time it’s just from transitioning roles. 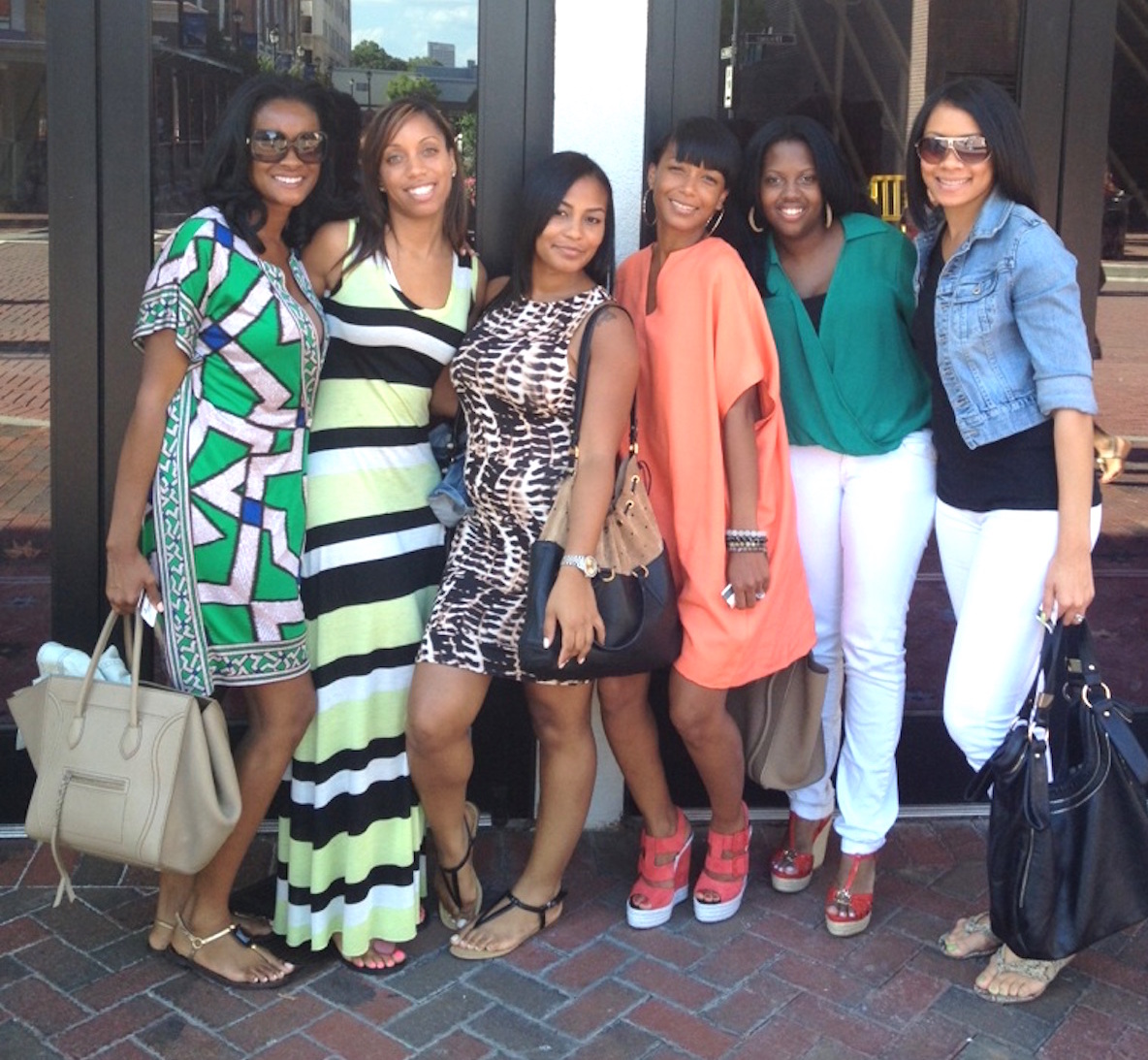 When we were in high school and college our peers were everything but after college came careers, husbands, and babies. I remember in my twenties I lived with two of my besties. One of my besties is my childhood best friend who I went to middle and high school with. We were so close that in my senior year of high school we even shared a twin bed (we were also tiny back then). My mom received a job transfer to Atlanta but I was doing so well in high school my best friend and I begged our moms for me to stay in NY. Our wish was granted but it also meant that we would share a room. I remember having so much fun that year… we had two other besties that made up our posse. The four of us during senior year of high school were inseparable. We cut class together (my kids better not be reading this), did drive-by’s together, snuck into clubs together, planned outfits, and had each others back against anyone who had a problem with one of us. We had rules such as one for all and all for one and we came together so we leave together. I recall many nights the four of us laughing and sometimes crying but always together. I thought nothing could separate us until of course college. We graduated high school and we all went to separate colleges. I went away to college and my best friend who I shared a room with stayed home. We were still close as a matter of fact I went to college with a plan that we had derived together. We were going to school for nursing with the ultimate goal of being party promoters. Yes I said it… nurses to party promoters to then club owners; it made sense to us back then. The hot thing to be back then was a party promoter or a night club owner. It was mostly a male dominated profession and we wanted to compete with the “big boys” and do “big boy” things. We were determined to be the independent women that Beyoncé sung about.  Competing with girls was not our thing we wanted to compete with the boys while keeping our femininity. 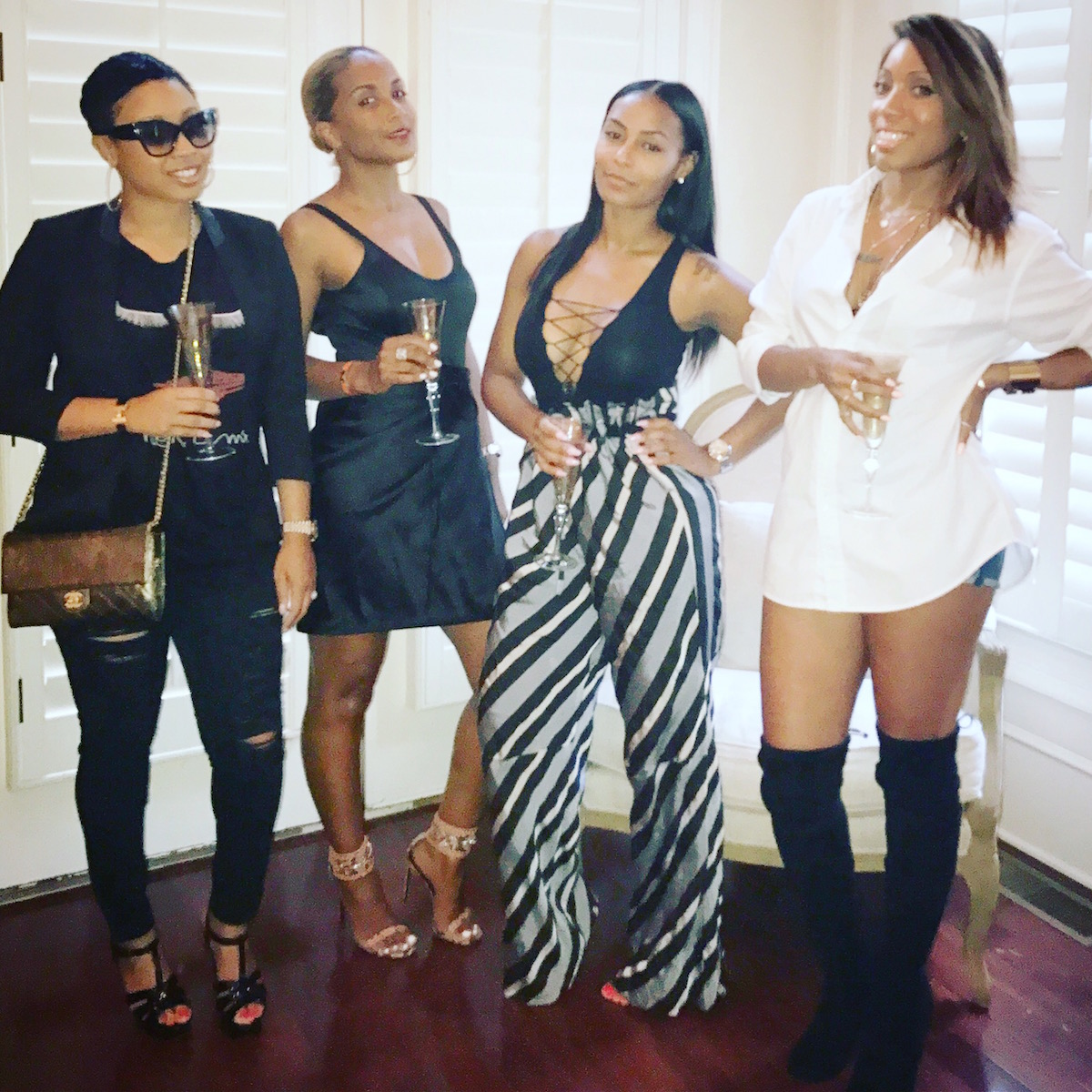 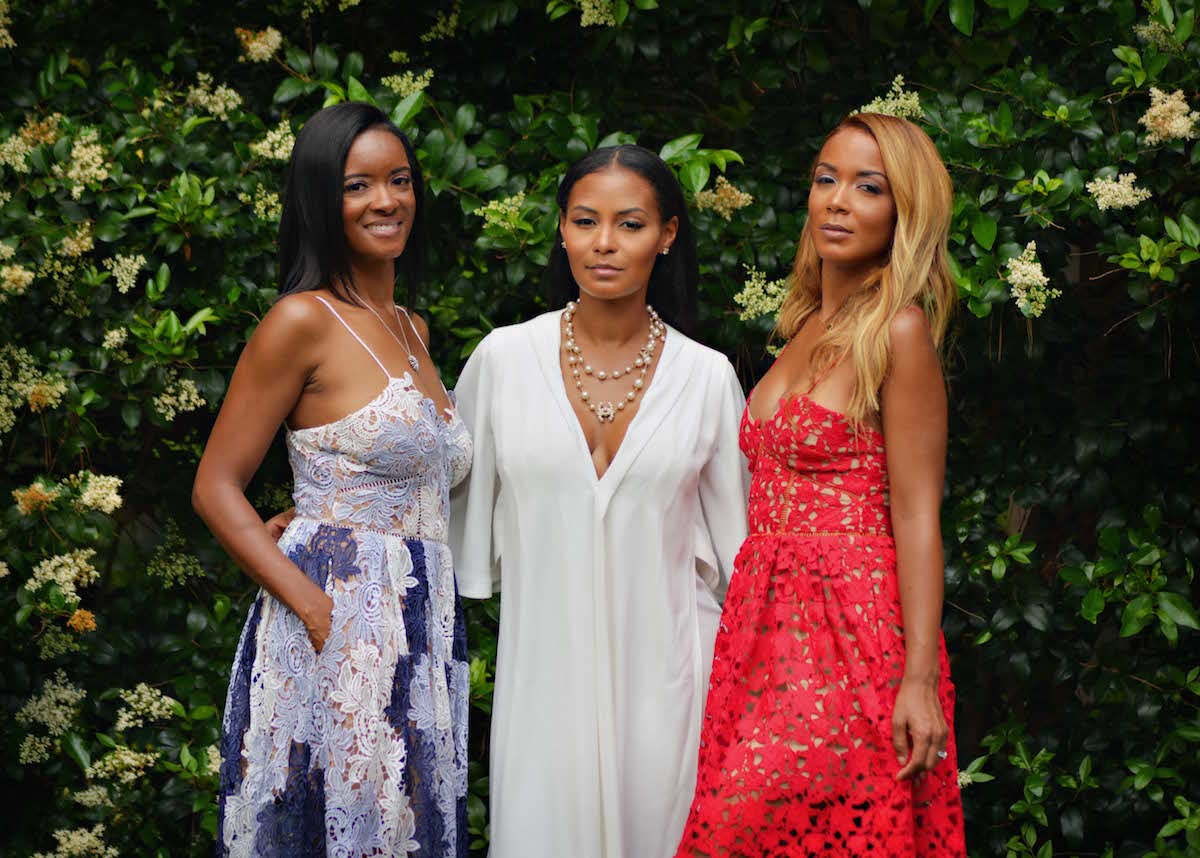 We just didn’t have the money! Nurses were the highest paid out of college back then. So we figured our parents wanted us to go to college and we needed money for our night club, it seemed like a win win situation. That was until my best friend attended her first year of nursing school then decided that was not the path for her and changed her major to business. She graduated and went to work for a marketing firm and eventually became a partner. I stuck with nursing, made the money we talked about however, I became the consumer instead of the owner. I partied in the clubs we hoped to have owned one day.

My best friend and I became roommates again in my twenties. This time around we had separate rooms, no more sharing a twin bed. We shared a three bed room apartment with another one of my besties. Those were fun times! However, again we grew up and out. We went from three is company to four is a crowd. My best friend got married and moved her husband in. My other bestie and I knew this was coming because she hung out less with us when they were dating. However, we were so busy having fun that we didn’t know that we were about to be replaced and homeless. My best friend came to me one night and told me it was difficult for her to tell me this but her mother, who I adored, told her when you marry your husband, your husband assumes the role of your best friend aka bestie. She added “also —- feels uncomfortable walking around with his boxers on while you are here.” I thought heartbreak was limited to boyfriends and husbands, not besties! I was also upset because it was my idea to move in together, I brought the group together and yet again she was going solo. First our dreams of club ownership now this, was my thought. What happened to the we came together we leave together philosophy?!?!?!
I recalled a conversation with my best friend’s mom awhile back. She told me that one day I would have to step out from behind the shadow of my best friend, her daughter. My best friend was a year older than me in age and always like my big sister who I followed around. She always had an idea of how we were going to rule the world and I followed (Pinky and the Brain). I needed to remember this to realize that my best friend did nothing wrong by choosing her husband or choosing not to own a club with me. She was doing what she should continue to do, grow. If she had done that, I probably would not have met my husband, have 5 beautiful kids and she would have not been my matron of honor at my wedding. She also would have not been married going on 16 years and not been able to give me and my husband the marriage advice she has. We may not share a room together, an apartment or even a zip code but we share a lifetime.   My Posse over years have transitioned as we grew which needed to happen for me to grow.  The role of the best friend transitioned from your high school bestie, to your husband as your best friend to maybe your daughters.   Now and then however its good to get the Posse together and take a trip down memory lane and also create new memories. 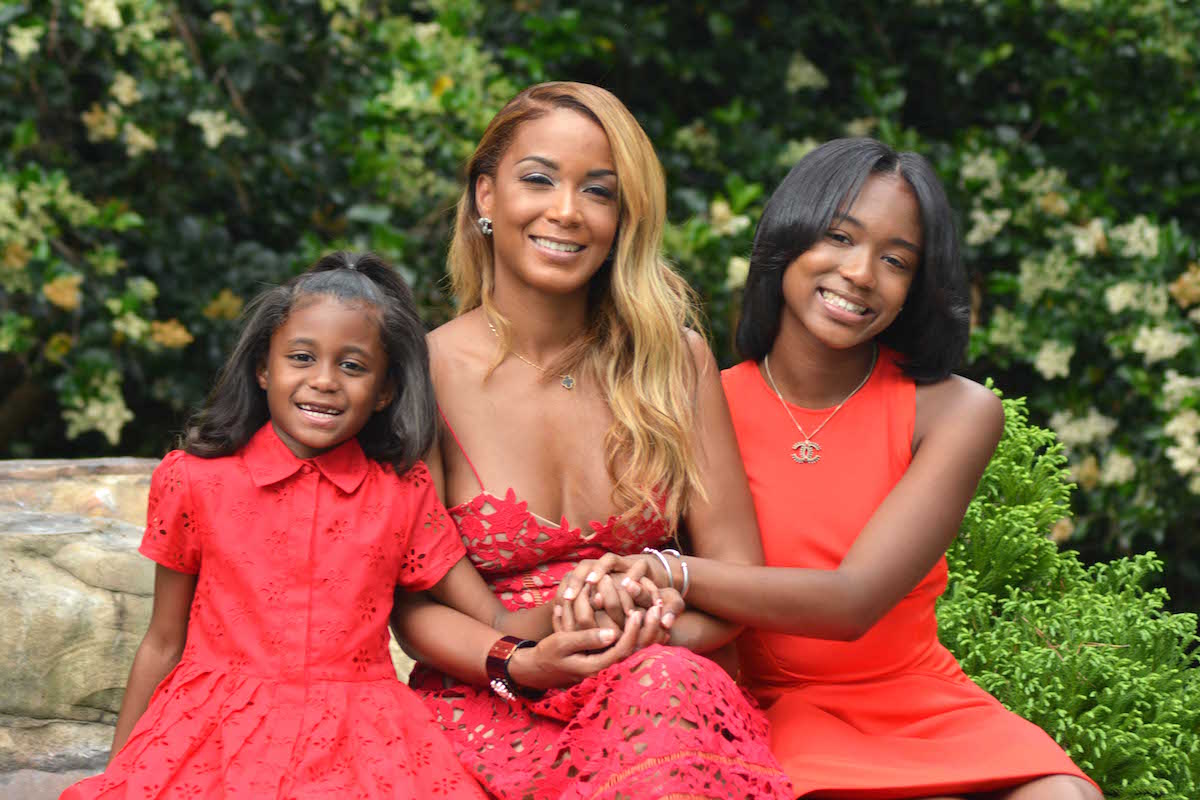